Construction of a Roman road, such as the Via Nova.

Before the arrival of the Romans on the Iberian Peninsula and to other regions in Europe, there were no proper roads per se. Perhaps small roads for livestock linking native villages, but little else.

The Roman administration planned the construction of roads only in territories where they had full control, that is, over previously conquered and pacified territories. It is a traditional mistake of historiography to consider road construction as associated with military conquest. Indeed, military engineers constructed occasionally for certain tactical manoeuvres during a battle (e.g. bridges were built to cross rivers, which were then dismantled). However, road construction in the commercial sense was always associated with political planning. There are many Roman roads with inscriptions alluding to certain military legions; however, this does not necessarily mean the road was built by them, as it could very well have been a route simply subject to military administration. 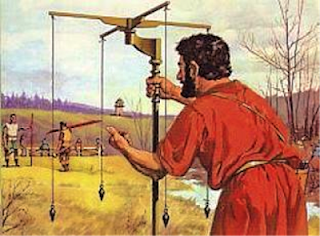 The construction of roads was planned directly from Rome, as it was a matter of strategic importance. The most important ones were the paved ones, and were built and maintained by the State, with the collaboration of cities and owners of the land they crossed. They are called Viae Publicae, public roads, and could have widths of up to 12 metres. Management of the roads was directed by the curator viarum, a state official in charge of the execution of the work, according to a project, as well as of its conservation and repair.

Expert builders always designed the roads according to one fundamental aspect: the longitudinal slope. As vehicles were animal-drawn, an excessive slope would be disastrous for the easy movement of loads. Roman technicians always observed a maximum slope of 8%, and only this high when strictly necessary: in specific cases and for very short sections.

If high points needed to have their slopes lowered, terrain was cleared so that the road was carved out and flanked by slopes (as if it were embedded in the mountain).

The first thing to be determined was to lay out the route. This work was assigned to a mensor, the Roman equivalent of surveyors. Once all the measurements had been taken, the mensors indicated the route using milestones and construction was begun, by felling those trees that hindered the path along the route.

The process of building a Roman road was as follows:

The importance of each city depended on its level of accessibility, that is, the degree of centrality within the network of other cities. The exceptional road network allowed speeds of 30 km/day to be reached for marches on foot; and this speed could be doubled when those who were travelling on it were soldiers moving from one point of the empire to another, or if a horse-drawn vehicle was used, such as a carriage or a wagon.

As the Roman Empire began to fall, the roads were still used, but there was no maintenance or management of them (the largest construction works, such as bridges, would be in ruins). In medieval times, technical improvements were rare; we would have to wait until the 18th century, when measures were again taken to promote the construction of new roads within the different states of Europe.

You can watch this interesting video made by Arqueomanía to learn more about these constructions: